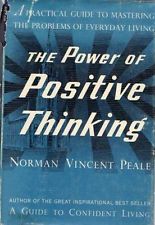 I had a busy day at the bookstore Tuesday. There was a box from triliteral to unpack (I want all the books in the semiotexte series — so small, so simply designed, with such apocalyptic titles) and I was entering the books in the system while customers kept interrupting me — which is good! No complaints. We like it when people buy books.

A man in town for a convention asked if we had any books on dachshunds. No, I said, after conscientiously doing a keyword check, was he a dachshund fan? he wasn’t, his wife was. But stronger than a fan she was…”obsessed?” I suggested. He bought a psychedelic card.Two Swedish women went through the whole store making laughing comments on everything in Swedish. They finally bought, of all things, a book on bike repair, along with the usual cards and some coin purses made out of recycled plastic. I asked if they were planning on repairing bicycles while they were here, and the older one said no, it was for home. She said they’d been to Fisherman’s Wharf and ridden the cable car but that Alcatraz was booked until August 17. Take note, tourists. Book ahead!

I sold two copies of Bobby Blanchard, Lesbian Gym Teacher, one to someone I knew, one to someone I didn’t. I wrote an inscription for each of them and then rang them up, slipping back into clerk mode to ask “Do you need a bag today?” This never gets old.

Speaking of Bobby, I figured out recently that Bobby and Lois are my bestsellers, solely, I think, due to the titles. In my opinion the books get better as the series progresses, and poor Maxie Mainwaring, Lesbian Dilettante is getting short shrift, simply because of the title. If I could, I’d go back and rename Maxie. Lesbian Debutante? Lesbian on a Downhill Slide? Unemployed Lesbian? I bet that last would sell like hotcakes.

I helped a mom and daughter pick out something to take to the daughter’s host family when she goes to China. They looked at a zillion things and then settled on a kind of coffee table book, San Francisco Then and Now. After they left I was trying to figure out where the puzzle of the Golden Gate Bridge they’d been looking at had come from. I hadn’t even known we carried puzzles.

As I was ringing them up, mom told me that Bibliohead, the used bookstore up the street is being forced out of its space which is very sad. We refer customers to Bibliohead all the time, for older books or books we don’t carry that Bibliohead might. In fact, I had referred a customer to Bibliohead earlier that day, although I kind of doubt he went. And if he did, I should apologize to the owner, who has problems enough it sounds like.

This particular customer was the day’s stand out, the best book-customer match. He was a down-at-heels middle-aged white guy smelling of old cigarettes and beer. He came in looking around goggle-eyed, as if he hadn’t been in a bookstore in a long time and asked me in a carrying voice, “Do you have The Power of Positive Thinking?”