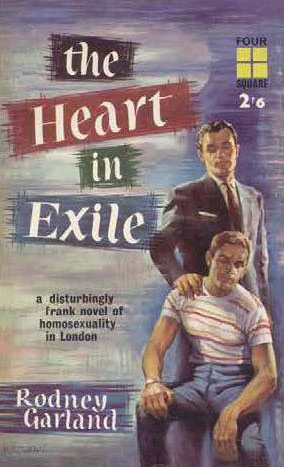 The Plot: The suicide that ends many pulps starts this one. Tony Page, a queer, currently celibate psychiatrist takes on a new patient, Ann Hewitt. END_OF_DOCUMENT_TOKEN_TO_BE_REPLACED 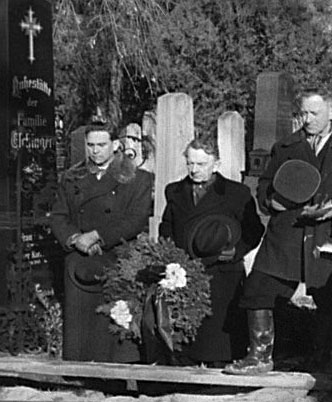 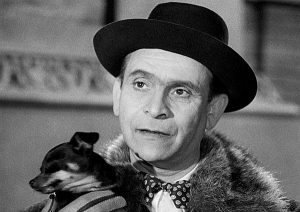 How could I have missed them? Baron Kurtz (Ernst Deutsch) with his little dog and heavy eyeliner, and Dr. Winkle (“Doctor Vinkle” he corrects the hero unsmilingly) played by Erich Ponto. Winkle’s the straight-acting half of this menage, who gives himself away by his attempts to conceal his more flamboyant partner. “Isn’t that the Baron’s dog?” Holly Martins (Joseph Cotton) asks when he’s visits the doctor to question him about Harry Lime’s death. Winkle denies it, shooing the dog into another room and closing the door. Through a glass pane, light gleams, hinting at an unseen presence. “I have company,” he says, anxious to get rid of the importunate Holly.

Is he wearing a bathrobe in that scene? I don’t remember, but  both men make their final appearance in morning-after deshabille, standing next to each other on their wintry balcony while Holly shouts to them from the street. Kurtz is carrying his little dog, and their elegant dressing gowns and carefully knotted foulards are the 1948 equivalent of being caught in flagrante delicto. “Come up!” invites Kurtz, but Holly declines. “I like it out in the open.” What, precisely, is the danger? Is it their involvement in Vienna’s black market penicillin racket, or the more ancient air of corruption and decadence they exude? It hardly matters that the sinister ambiance that hangs over them like a fog resolves itself into an identifiable crime. Gays are criminals and criminals are gay. 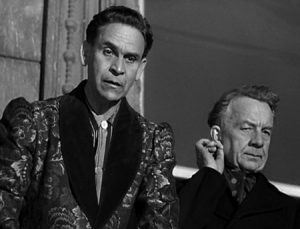 In fact, they join a lineup of gay criminals who crowd the margins of the screen in film noir, crime thrillers, and B-movies, a procession of doubly guilty characters who culminate in the over-the-top offensiveness of Mr. Kidd and Mr. Wint, homo assassins in the 1971 James Bond flick Diamonds Are Forever.

All those viewings and I never saw them. Probably my unwordliness when I first watched the film (most likely on television in my early teens) persisted like an after-image, blinkering me until last Friday at the Castro. Until then the two men operated on me as I suppose director Carol Reed and author Graham Greene intended — easy cinematic shorthand for evil, a way to offer a whiff of  unheimlichkeit without waking up the censor. 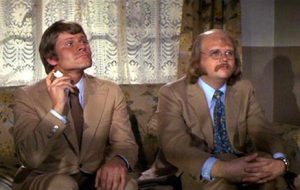 Mr. Wint (Bruce Glover) sprays himself with perfume while his partner in murder-for-hire and life, Mr. Kidd (Putter Smith) sits by. 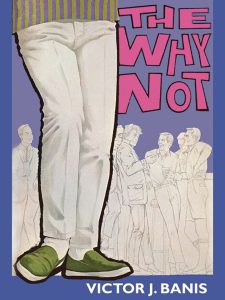 The above describes the book as well as the bar. I’ve been doing a little research on gay male pulp, in preparation for the upcoming pulp panel, and from what I’ve read The Why Not was the Women’s Barracks of the genre, a ground-breaking novel that led the way for books like Midtown Queen and Hot Pants Homo. END_OF_DOCUMENT_TOKEN_TO_BE_REPLACED

Novel writing and blogging don’t go together, at least not when you’re on a deadline. I emerged from my post-deadline sleep to discover that the notes from the pulp I’d been reading before it all started, Someone to Love, were mysteriously missing. END_OF_DOCUMENT_TOKEN_TO_BE_REPLACED