I went to the Lesbian Herstory Archives in Brooklyn a few weeks ago. Mostly just to check it out–I’ve been curious about it forever, or at least since I saw Cheryl Dunye’s Watermelon Woman which used it as a setting.

However, I had a project or two to focus my visit: mid-sixties period research with a lesbian slant; and finding out what I could about an obscure periodical, Sisters United, published in Kansas in the early eighties. 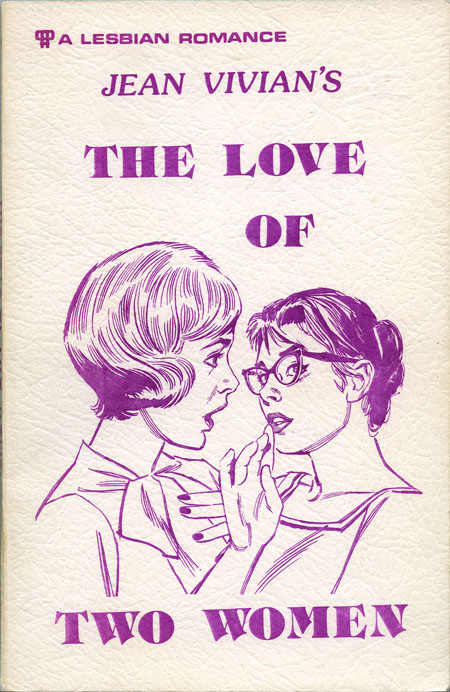 A little background. In our home library there is a book called The Love of Two Women, by one Jean Vivian. It was published by Womanbooks of Galena, Kansas in 1980. It’s a strange and fascinating little book–the literary equivalent of folk art. In the course of a recent book purge, I reread this story of two housewives getting together and building a blissful life free of THE MAN for the first time in twenty years. Back then, before the invention of the internet, we could only wonder what the hell was going on in Galena, Kansas. Now there is google, and I put my ace researcher on the job.

Here’s what she found out: as we’d long suspected, Galena, Kansas was not a hotbed of lesbian activity, but simply the home of two energetic, slightly crazed, lesbians with a printing press–both, alas, now dead. We will never eat at Ruth and Jean’s restaurant, the Chicken Inn, but they have left us their lesbian newsletter, Sisters United, to explore.

Worldcat did not list the Lesbian Herstory Archives as possessing a copy, but it seemed worth asking Maxine, the archivist on duty, who hunted down a periodicals list (“This is me getting cranky, when people don’t put things where they’re supposed to be”). No Sisters United was listed, but she said it was worth looking in the alphabetically organized files on the second floor.

Bingo! One copy of the spring, 1984 issue of Sisters United coming up. 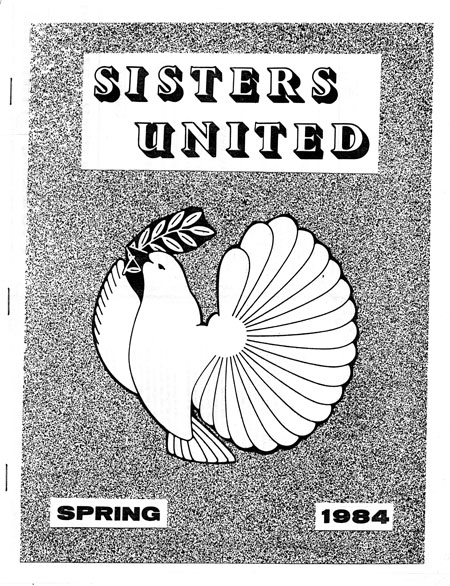 Time flew by. There were too many files I wanted to poke into and too many things to read.The Archive has limited hours and Maxine was very clear that she left PROMPTLY at four, so I ended up xeroxing the best bits of Sisters United frantically at five to four, then racing upstairs where Maxine had already turned out the lights and putting the file back where it belonged by the dimness of the rainy winter twilight, when I couldn’t find the light switch. If I’d torn myself away from the minutes of the Chicago chapter of the Daughters of Bilitis a little sooner, I might have been able to copy the whole thing.

But I think I got enough–enough to get a sense of Ruth and Jean’s views on religion (who knew the pentecostal faith and lesbianism were so compatible?) and past lives (yep, we have ’em). I copied Ruth’s delirious account of Jean injuring herself falling off a stool, and how the reason Ruth felt guilty about this accident, which she was in no way responsible for, is that in their past lives she’d been an unwed mother who’d abandoned her newborn baby–who was Jean, in her past life!

And so I left the Lesbian Herstory Archives, walking to the subway stop in the drizzle, happy that I lived in a world where two pentecostal lesbian feminists who believed in reincarnation and lived in Kansas could put out their own newsletter expounding these diverse ideas, which would be carefully preserved in a Brooklyn townhouse for me to read thirty years later.

Worldcat lists Sisters United as part of a microfilm reel of the Atlanta Lesbian Feminist Archives, and Ruth Lang and Jean Vivan Mallat’s other periodical, Words of Life, is archived in the Gerber/Hart Library in Chicago, as well as at various university archives focusing on theology.